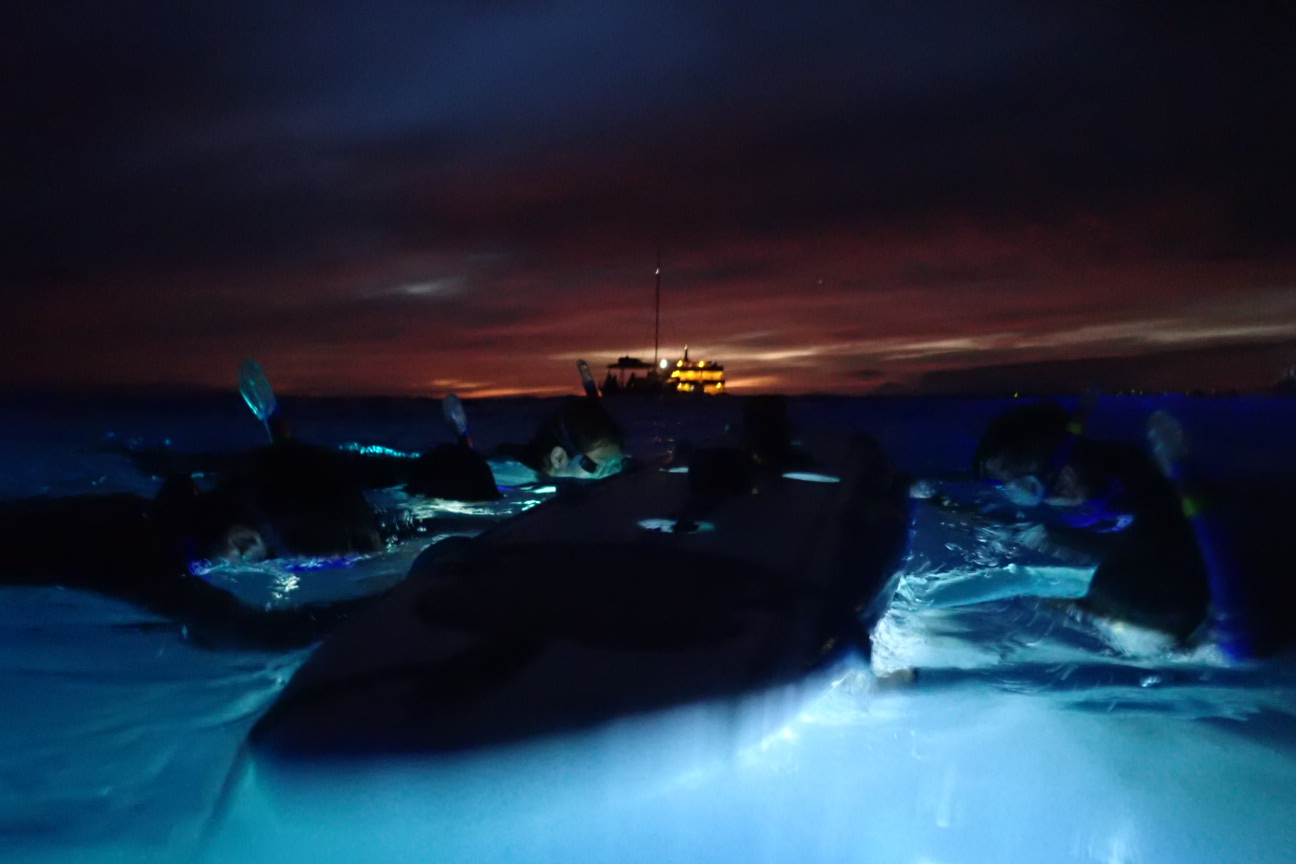 I have cruised the Mediterranean, Alaska, the Caribbean, the Pacific Coast but this was my first Hawaiian cruise. It was also my first UnCruise . They are a small ship cruise experience that focuses on adventure. We spent some time on land but less than on most of my previous cruises. We did conversely focus on water and animal experiences everyday. The cruise began on the Island of Hawaii and took us to Maui, Lanai, and ended in Molokai. One mportant thing to note is all of our adventures were included in the price. All of our drinks on the ships and meals as well.

My soon to be 30 year old son and I arrived to a Lei greeting at Kona airport on the big island of Hawaii. We rented a car for the day and were off to our precruise hotel (Royal Kona). Check in was pretty quick and we were upgraded to an ocean front room. A little unpacking and we went down to the Voyagers of the Pacific Luau that takes place several days a week on the resort. It included dinner, drinks and a show. We were honestly a bit tired with the time change. The drinks were pretty strong, the food varied and tasty, and the show varied with the typical hula dancers and themes. If you are staying at the resort you can see most of the show from the pool area so in hindsight had we had more time we may have done another to see the difference. The next morning my son said he thought he saw sharks from the lanai. What he really saw was about 25 dolphins playing out in front of the resort. We finally tore ourselves away from watching them and had the included breakfast buffet. Sitting on the patio area we got to watch the dolphins some more. We headed back to the room to check out to shop before we returned the car and met Our Uncruise transfer. After a lot of dolphin watching we managed to check out. We shopped a bit for sunscreen, aloe, and rash guard shirts that we still needed for the cruise. We gassed up the rental car and had our first Dole Whip and returned to the airport to return the car. We met our transfer for UnCruise and loaded onto the van to begin the first day of our cruise. We went to the Courtyard King Kamehameha to check in and were given use of the facilities but chose to walk to the shops just down the way. We walked past the pool, many different canoe options, the last ruling location of King Kamehameha, and a calm cove for swimming in the ocean. The shops had lots of cute touristy items and dining options. We spent a few hours checking them out before we returned for the final meeting and transfers to the Safari Explorer. You embark at an industrial port which is about an hour drive. Each couple or family had their picture taken before meeting the Captain and the some of the crew. We were told we would have a slight wait as a family of 5 had their flight delayed and we were waiting on them. Welcome drinks were available and off to our cabins to settle in we went. Muster drill of course came soon and I have the dorkiest picture of me from it. The family arrived as the other 21 of us sat down for dinner. We met the crew first and how the cruise would proceed was explained to us. Like most meals 2 main course options and a vegetarian options were given but as we found later you could pretty much order what you wanted at any meal. We had lovely servers who quickly learned our preferences . With so few others guests we really started to get to know them quickly. My son may have given me a hard time since other than the kids he was the youngest on the ship. After dinner we had the option to stargaze, belly up to the bar, talk with the other travelers or eventually retire to our cabin. The provided water bottles made for a great way to stay hydrated at night and throughout the excursions. 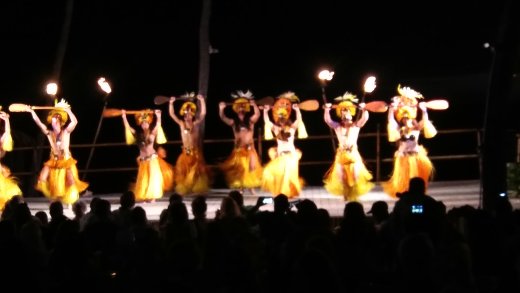 The first full day started with continental breakfast at 6:30. Yoga was daily at 7:00 AM with full hot breakfast at 8. Our first morning excursion was a snorkel to prepare us for the evening night snorkel with the Pacific Manta rays. We had a snorkel orientation and then loaded into skiffs to head to the snorkel spot. Honomalino Bay was a bit rough and the least impressive snorkeling of the trip but it did let you know if you might have issues later. We did see quite a few colorful fish even in the conditions. We returned to the ship once everyone was done and were met with a specialty cocktail. A deck party with people jumping off the second deck, floating in the ocean, Kayaking , and even skiing on a paddle board took up out time until lunch. I was pretty proud of my self for getting up on the paddleboard and making a full circle around the ship before I fell. The big even for the day/night was the Manta swim. When we were having an early light dinner we had an explanation of what the experience would be like and what to expect and do. We all donned wetsuits and jumped on the skiffs again. As we set off there was a beautiful sunset behind the ship and we should have known that was a lucky omen. In groups we moved about attached to underlighted boards and swam above the "campfire" of lights placed on the ocean floor to lure the planktoon that the Manta rays feed upon.  Not long in we saw a large beauty skim the floor. After a while I was afraid that was all we were going to see but then we were graced with a beutifully large Manta Ray that pocedded to do flip after flip right below me. They are so graceful and beautiful and I was so happy to have this amazing experience. 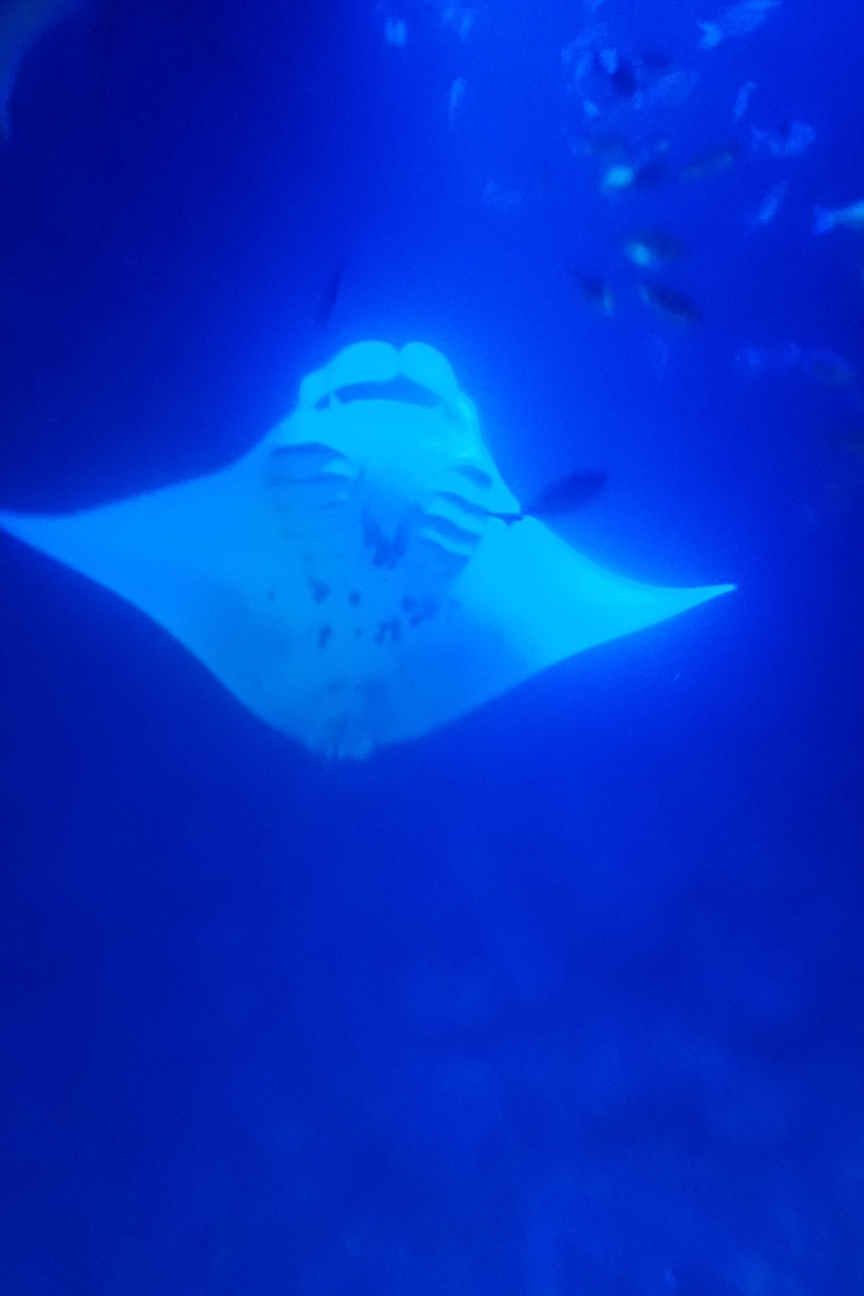 We spent some more days of the big island of Hawaii. These included more snorkeling and many encounters with dolphins, pilot whales, and humpback whales.  We also spent a little more time seeing the toen of Kona.  We played like Navy Seals on a Zodiak boat that got us up close to so many of the amimals. We observed the distance rules but were rewarded when a group of pilot whales decided to dive right under our boat and come up the the other side. We watched an excited young humpback calf  breach repeatedly showwing off to his mother and us. We also snorkeled at the Capation Cook Memorial with realy clear water and boutiful fish and coral. Our trip back into Kona offered a couple of included tour options either a historical walk or paddling the outrigger canoe.

At night we did the rougher crossing to Maui and the Humpback Whale Sanctuary area where we would spend several days. Our first morning here we went out on the Skiffs and searched for whales and listed to thier songs on the hydrophone.  Over the next several days we were rewarded with many whale encounters, so many types of dolphins surfing in the ships wake and chances to swim in the ocean and kayak.  We  rescuded a small apartment fridge that had somehow gone swimming in the ocean and some other debri. It was great to see the crews dedication to being eco friendly. We even had our suncreen provided (reef safe) and were told to use it often and why it was important to use versus the non reef safe options.  One of our outings also was deadicated to swimming with the Honu or sea turtles.  Luck was with us again and the we swam with so many of these large beauties and even saw a reef shark or two. 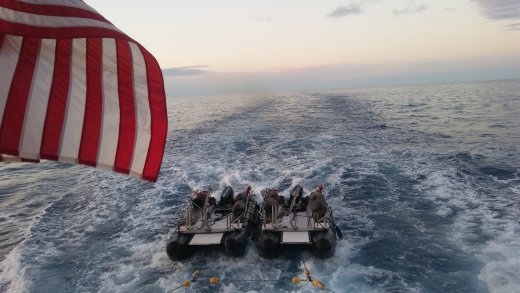 We eventually moved on to Lanai. The morning began with a challenging sea kayak along the cliffs.  A pod of dolphins frolicked with us for the first part of the journey. We did another snorkel in the  marine preserve and then to the skiffs onto land.  We spent some time in the main city learning about the old Dole pinapple farm and exploring the shops. A few fellow travelers went to the cat sanctuary instead. Eventually we all met up and hiked to Puu Pehe or sweetheart rock. 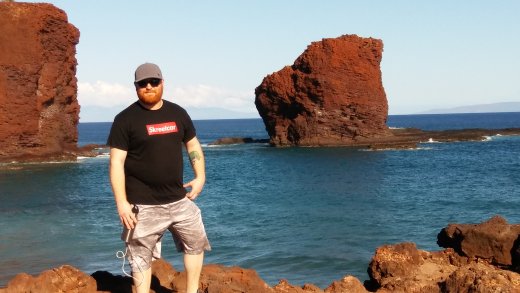 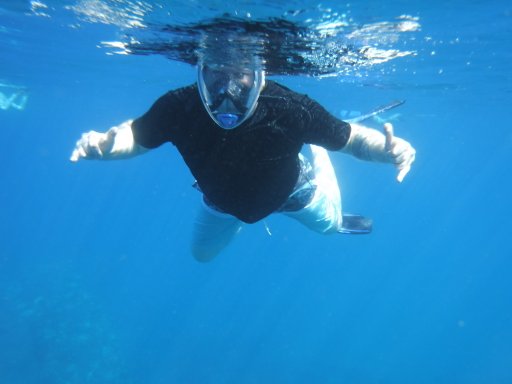 Our final destination was a couple of days docked at Molokai. We got to meet the island shaman on the land his family has lived on for countless generations  and learn of the islands history.  We did a lovely greeting cermony, observed poi making and hiked to a waterfall on the land. We also did a luau of sorts at the Molokai Cultural Center where we dined on more Hawaiian specialties  and enjoyed the dances and more history.  On the day before we flew out we had a courtesy area at a hotel on Molokai and ventured into town to the Market. Again all included.  We were sad to say farewell to Hawaii and her islands when it was all over but we look forward to returning and sending my clients there as well. 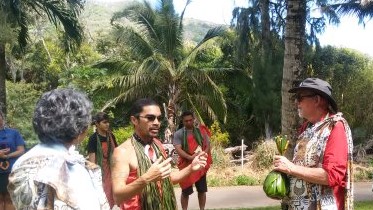 Categories: Cruises, Why use a Travel Agent/Advisor

Oops, you forgot something.

The words you entered did not match the given text. Please try again.